There are many Jewish traditions and rituals involving food following the passing of a loved one, during the seven-day period of mourning called Shiva. Learn about some of the most common traditions, and ways that we can help guide you through them. 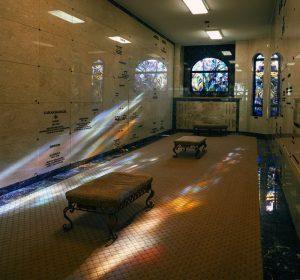 The meal eaten by the family and often close friends, following the burial service is commonly known as the meal of condolence. In Hebrew, it is called the Seudat Havara’ah (meal of comfort or consolation).

After a funeral service concludes at the Beth El Mausoleum, many choose to hold their meal of condolence immediately afterward, in one of the banquet rooms at Temple Beth El. This takes the burden away from the grieving family who can then use their home as a respite rather than as a place to entertain guests. They also feel that they are not alone in their grief.

This meal, provides a source of healing and consolation. Our Mausoleum Director, Mike Sirowitz can assist families during this difficult time. He can connect them with the temple’s in-house caterer. He will advise them of the menu and vendor choices. He can help with all of the arrangements. He also is an excellent resource for guests of other faiths who are attending a funeral. Mike is happy to answer questions regarding the appropriate protocol for sending food during the Shiva period.

A Look at the Traditions of the Jewish Meal of Condolence

Traditionally, mourners are served the meal of condolence by relatives, or friends at home. An alternative is to have it elsewhere such as the synagogue banquet room. It is considered a mitzvah to prepare such a meal for those who mourn. If this is not possible, the mourner may prepare the meal themselves. The meal of condolence is the second formal expression of consolation. The first, is the parallel rows of friends through which the bereaved walk as they depart from the gravesite.

Upon returning from a funeral, ancient Jewish ritual calls for mourners, to wash their hands with water from a pitcher placed outside the door. Then the meal of condolence may commence.

For convenience, here at the Beth El Mausoleum, we have a washing station available for mourners to utilize prior to heading to the meal of condolence location.

The Symbolism of the Jewish Meal of Condolence Food

Whether held in a sacred space like a synagogue, or at home – there are certain symbolic elements of the Jewish meal of condolence. Many of them have a history that goes back thousands of years to biblical times.

Customarily the meal includes hard-boiled eggs or other round foods, like a bagel, challah or rolls. Round foods represent the cycle of life and renewal must continue. The egg is the only food that hardens the longer it is cooked. That underscores that human beings must learn to steel themselves when death occurs.

Generally, the hard-boiled egg is prepared by others close to the family (or catered.) It is served already peeled. Mourners should not have to peel the egg themselves or, in their sadness, seem too eager to eat.

Another symbolic food is the lentil. Lentils are especially significant, because unlike most beans, they have no eye. The symbolism is that the deceased are no longer being seen. In ancient Jewish history, it is said that the lentil stew Jacob cooked was meant for his father Isaac. Isaac was mourning the death of his father Abraham (Jacob and Esau’s grandfather). According to the book, The Legends of the Jews Volume 1, Rabbi Louis Ginzberg explains that “the round lentil symbolizes death… as the lentil rolls, so death, sorrow, and mourning constantly roll about among men, from one to the other.” Any other simple, easily digestible food, like deli meats (cold cuts) and salads (coleslaw/potato salad) and a hot or cold beverage may be served.

Jewish Meals of Condolence Foods Around the World 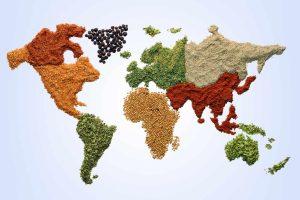 Because food sustains life, it is a central part of many religious symbols, rites, and customs in Judaism. Interestingly there are some tasty variations in the foods chosen for Jewish meals of condolence around the world. They have many things in common, but also are unique. These foods can be incorporated in a meal of condolence, no matter where you live.

Food for the Shiva

Once that first meal of condolence concludes, there are no food restrictions for mourners. Some may refrain from anything associated with happiness and festivity, like wine. However, this is not prohibited. 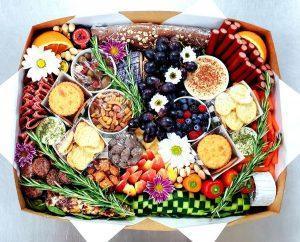 A considerate means of bringing comfort to those in mourning is to prevent them from having to cook. You may bring a Shiva platter along with you on a visit. You can also send platters or a basket of food. Most of these provisions are intended for the mourners to ensure they are nourished. They are not for those who pay a visit to express condolences. Often mourners do leave some items left out for those visiting. If that is a possibility, it’s best to provide food that can be easily served.

Suggested items for a Shiva basket are: baked goods and desserts, fresh fruit, dried fruit and nuts or chocolates. A Shiva platter usually contains cooked meats, fish and/or specialty salads. If the mourners keep a Kosher home, it is imperative to choose Kosher food to send. Otherwise you can send non-Kosher baskets/trays of food.

Since Biblical times, food has played a large role in the Jewish mourning period. Cuisine choices may be varied and have evolved, but the traditions and rituals of food in comforting the mourner remain steadfast. All of the components of the meals of condolence are part of the process of healing.