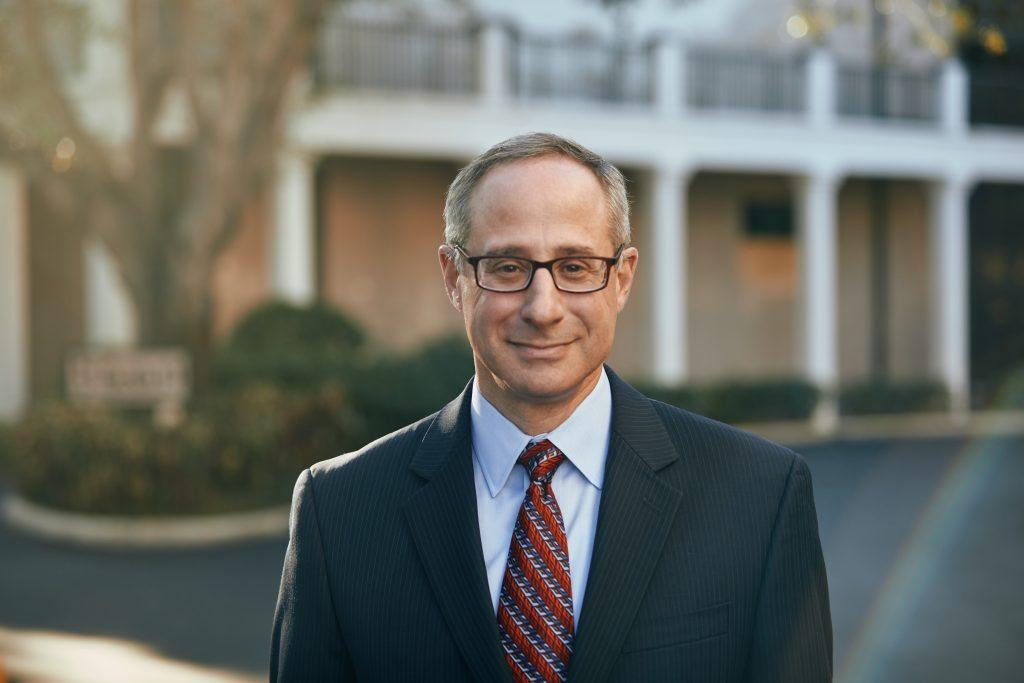 Rabbi Dan Levin serves as the senior rabbi of Temple Beth El, the congregation where he began his career in 1996.  As the congregation’s leader, Rabbi Levin works to create a community where each member is inspired to lead a life of spiritual richness, meaning, purpose, and service.  He seeks to build a congregation whose mission is to synthesize the innate questions and moral challenges of the world in which we live with the wisdom and power of centuries of Jewish tradition.  It is this synthesis of tradition and the modern world that guides his teaching, worship, and pastoral care.  Rabbi Levin believes that God is found in the intimacy of relationship, and seeks to build in the congregation a web of care, love, and oneness with each other, the community in which we live, and with the Jewish people here, in Israel, and throughout the world.

Rabbi Levin is a past president of SEACCAR, the southeast region ofthe Central Conference of American Rabbis, and serves on the Budget and Finance committee of the CCAR.  He is proud to be a member of the President’s Rabbinical Council of the Hebrew Union College – Jewish Institute of Religion, and serves on the Alumni Leadership Council. Previously, he served as a member of the Reform Movement’s Think Tank, a group seeking to create a visioning process for the future of Reform Judaism, and as a partner in the Kalsman Institute for Judaism and Health. He has mentored younger colleagues through the CCAR, The Wexner Foundation, and the CLI Fellows program of CLAL – the Center forLearning and Leadership.

Locally, he has served on the Board of Directors and Executive Committee of the Jewish Federation of South Palm Beach County, as aboard member of Ruth and Norman Rales Jewish Family Services, the American Jewish Committee, and the Mathew Forbes Romer Foundation. He was a featured writer for the Union for Reform Judaism’s Ten Minutes ofTorah, and blogs at www.rabbidanlevin.com.

Rabbi Levin is a Senior Rabbinic Fellow with the Shalom Hartman Institute.  A recipient of the prestigious Wexner Graduate Fellowship, Rabbi Levin studied at the Jerusalem, Los Angeles, and New York campuses of the Hebrew Union College – Jewish Institute of Religion, and was ordained in May, 1996.  He graduated from Colgate University with a degree in Philosophy and Religion in 1991, and also studied at the Hebrew University of Jerusalem.  He and his wife Aimee are the parents of three children, Ari, Meredith, and Eliana. 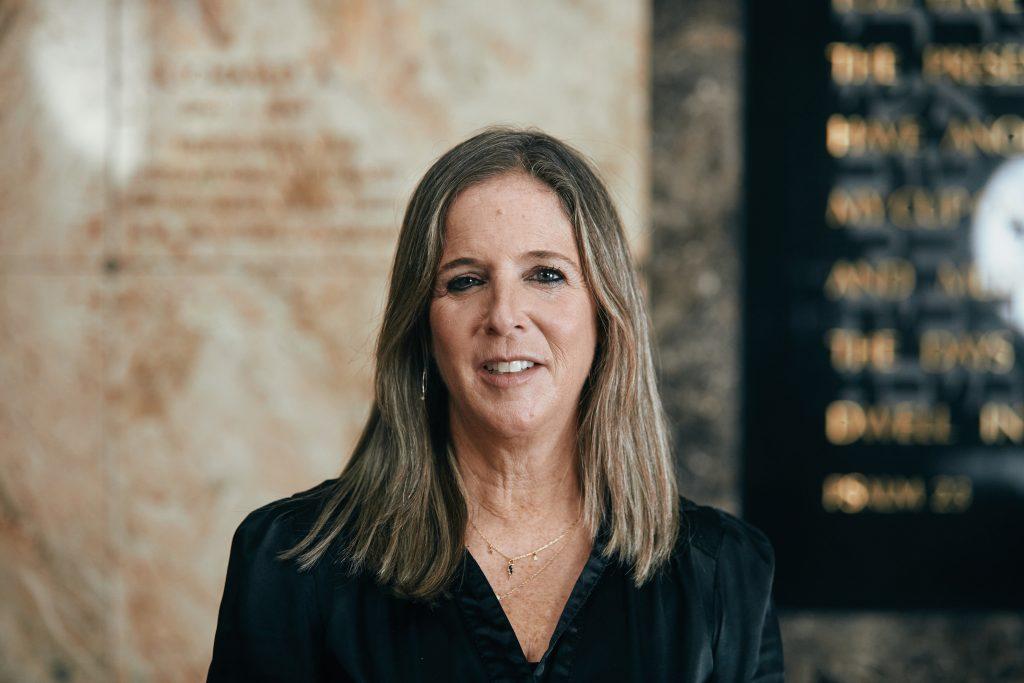 Rabbi Jessica Spitalnic Mates has served Temple Beth El since 2002. Rabbi Mates coordinates our congregation’s vibrant adult education and enrichment effort. This includes a variety of targeted learning programs for doctors and health-care workers, as well as “Project Nuremberg,” a continuing education program for attorneys that attracts hundreds of attorneys and world famous speakers annually, and through which she has built a partnership with Lynn University and the South Palm Beach County Bar. Rabbi Mates guides our adult b’nai mitzvah program, and teaches a wide variety of courses for adults and children. She is a participant in the Kathleen Brush Women in Executive Leadership program at Florida Atlantic University.

Rabbi Mates has had works published in several books and publications, including Theological Terms in the Talmud, The Women’s Torah Commentary and the website MyJewishLearning.com. She is an ardent Zionist, blessed to be in Israel many times as part of her fellowship with the Shalom Hartman Institute and her involvement with AIPAC.

Rabbi Mates received Rabbinic Ordination from the Hebrew Union College – Jewish Institute of Religion (HUC-JIR) in 1999 and is a proud alumna of the University of Wisconsin. She is a native New Yorker who has worked in Jewish communities in New York, Chicago, London and Jerusalem. In Israel, she served as a tour educator for North American Federation of Temple Youth (NFTY) summer program, guiding Jewish teenagers through the historical sites of the land of Israel. She recently married her loving husband Mitch and is mother to Noah and Shira and stepmother to Rachel and Brianna. She feels blessed to be part of Temple Beth El. 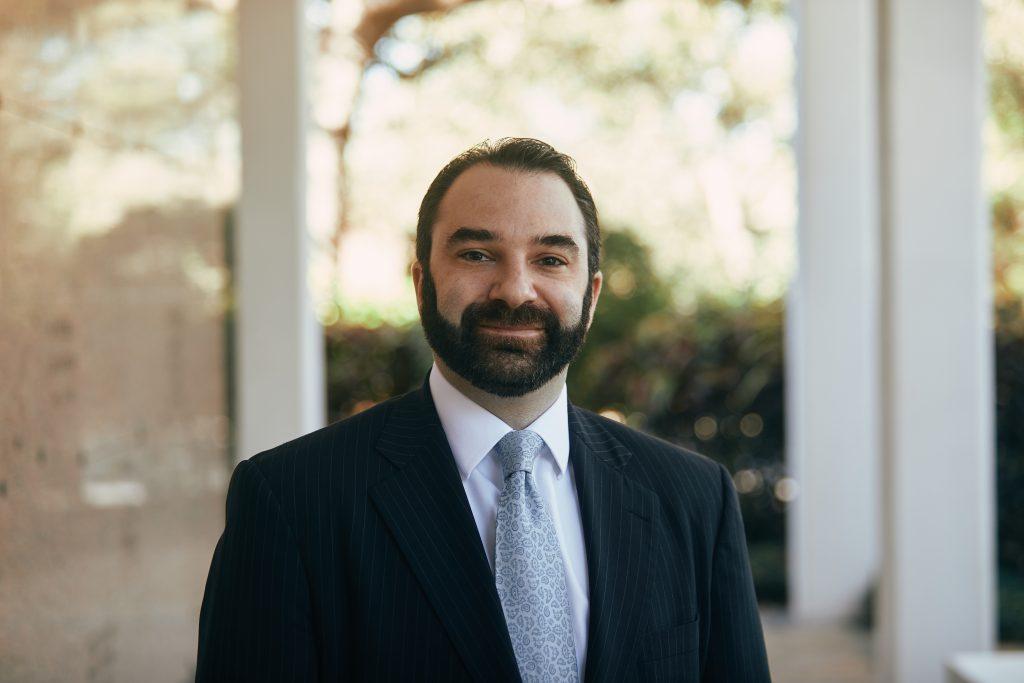 Since his arrival, Rabbi Weisman has developed connections and programs across the congregation, bringing a renewed passion for Jewish life and community. He has created deep connections with many groups within the congregation, in particular the congregation’s Young Adults and Young Families, Early Learning Center families, and the Temple Beth El Brotherhood. Rabbi Weisman worked with the temple’s Social Action Committee to create a Mitzvah of the Month program and to develop a Sacred Aging program, focusing on creating spiritual awareness throughout life’s journey. Rabbi Weisman currently serves on the Executive Committee of the Palm Beach County Board of Rabbis and on the American Jewish Committee (AJC) Palm Beach regional board.

Before coming to Temple Beth El, Rabbi Weisman served Congregation Kol Ami in West Hollywood and Congregation Havurim in Temecula, California as their rabbinic intern. In addition to rabbinic ordination, he also earned a Master’s of Jewish Education from HUC-JIR, serving Congregation Or Ami in Calabasas, CA as the coordinator of the Mishpacha Family Education program. While in rabbinical school he worked as a chaplain intern at Childrens Hospital Los Angeles, was a teaching assistant at the Louchheim School of Judaic Studies at the University of Southern California and a group leader for NFTY in Israel. Rabbi Weisman was also repeatedly recognized by the faculty of HUC-JIR, who awarded him various academic prizes.

Before entering rabbinical school, Rabbi Weisman served as an Education Fellow at the Goldring/Woldenberg Institute of Southern Jewish Life in Jackson, Mississippi, working with congregations across the South to develop their educational programming. A native of Chicago, he is an avid sports fan and ice hockey player. His wife Tami is a southern Californian and Jewish educator. They met during their first year of school at HUC-JIR in Jerusalem, where he was beginning his rabbinic studies and she her Master’s in Jewish education studies. Together they enjoy concerts and sporting events, wine tasting, walking their dog and most importantly, their young daughters Claire, Daphne and Layla. 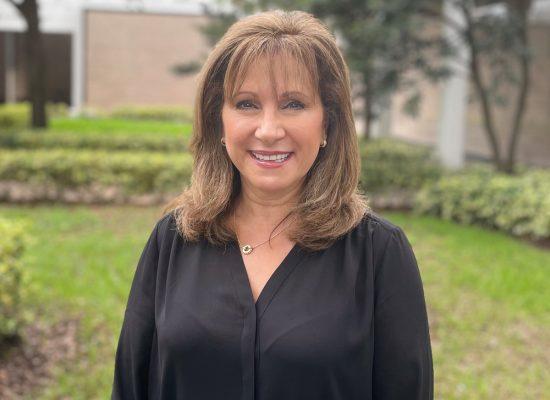 Cantor Lori Brock has been a member of Temple Beth El’s congregation since 1991. Prior to becoming our Cantor, she served as Cantorial Soloist beginning in 1997. Cantor Brock is passionate about vibrant and spiritual Jewish music and has worked to transform Temple Beth El’s music program and worship.  She created Shir Ruach, Temple Beth El’s teen song-leader program and is the force behind our innovative Shabbat experiences like “Chanukah Under the Stars” at Mizner Park.  In addition to producing Temple Beth El’s extraordinary concert and musical programs, Lori also has introduced a new curriculum for our religious school’s Kehillah worship workshop.

Cantor Brock is a graduate of the Cantorial Certification Program at the Hebrew Union College-Jewish Institute of Religion where she earned the title of Cantor in 2016.  She is a member of the American Conference of Cantors and has led services at their national convention.  Cantor Brock has also presented on Visual Tefilah at the Union for Reform Judaism’s biennial convention, and has served on the faculty of URJ Kutz Teen Leadership Camp and URJ Camp Coleman.

Prior to her work at Temple Beth El, Cantor Brock enjoyed a successful career in theater, film and commercials and is a member of Actors Equity and the Screen Actors Guild.  She is married to her husband George and is the proud mother of Lizzie and Adam. 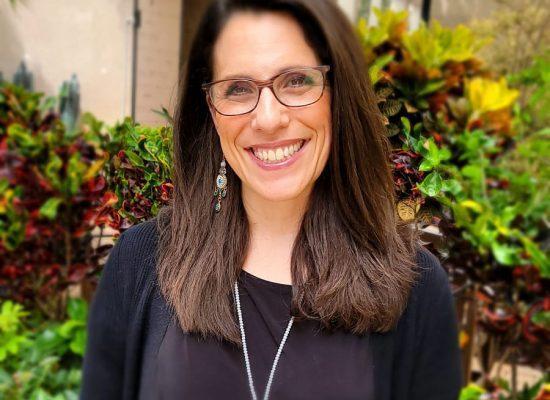 Cantorial Soloist Michelle Auslander Cohen is a native of Skokie, Illinois. She spent the majority of her childhood in a Jewish Day School, surrounded by her cousin and mother who were the premiere Jewish music educators in the Chicagoland area, and remain so to this day.

Michelle spent 14 years becoming proficient in piano, and by the beginning of high school, devoted herself to the art of singing. She pursued an operatic career, attending prestigious vocal programs such as the Peabody Conservatory, Indiana University and the Sarasota and Cincinnati Young Artist Programs. Michelle has earned esteemed awards including Fellowship Artist to the Brevard Music Center and an Encouragement Award from the Metropolitan Opera Association.

Here at Temple Beth El, Michelle has designed the music program for the Early Learning Center, and conducts Tot Shabbat. Michelle directs Shir Shalom, our adult volunteer choir, as well as Shir Joy, our youth choir, as they lead our regular Shabbat Family Participation Services. Michelle also works to engage adults with their musical talents, to participate in services or other Temple events.

Recently, Michelle has taught workshops in vocal technique and modern liturgical music at the North American Jewish Choral Festival: the premiere Jewish choral event which brings together singers and choirs from across North America and beyond. She was also recently chosen to lead services in front of 200 other cantors and musicians at the annual American Conference of Cantors-Guild of Temple Musicians conference.

In addition to her devotion to Temple work, she also serves as the coordinator of the Music and T’fillah programs at Donna Klein Jewish Academy, as well as the Musical Conductor for Hazamir Boca, the International Jewish High School Choral Foundation.

Michelle lives happily in Boca Raton, with her husband and two beautiful children, Eliana and Liora. 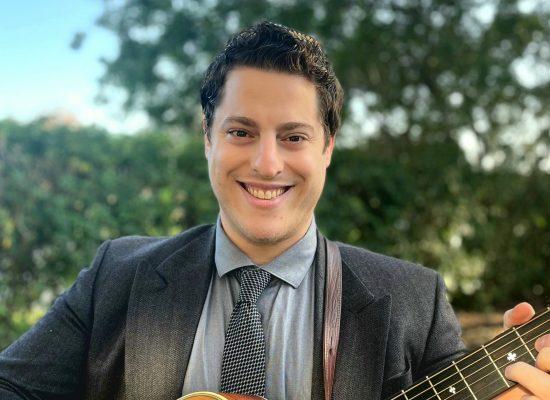 Cantorial Soloist Jake Harris grew up in Cambridge, Massachusetts. Growing up, Jake took guitar lessons at the local music store and learned music through mimicking classic rock albums, however, his early years were subconsciously influenced by the music he heard in the temple. Later, Jake attended the Longy School of Music of Bard College where he studied voice, piano, and composition. Jake is an avid composer and writes music for a variety of ensembles and in many genres.

Jake serves communities with a yearning to bring people together with the divine power of music. His journey to spiritually rooted musical engagement has been influenced by his great-great-great-great uncle, Louis Lewandowski. Jake hopes that the music he creates will be an accessory for one’s personal path to spiritual enlightenment.